“Why are old lovers able to become friends? Two reasons. They never truly loved each other, or they love each other still.” ~ Whitney Otto, How to Make an American Quilt

It was eighteen years ago when we were together.  Much has happened since then.  He is now married and has two daughters.  I have been married and divorced, and I now have a daughter.  We have seen each other several times over the course of the last eighteen years, but this past July, at our annual international tournament, was the first time that we had an opportunity to be alone and really talk to and spend time with each other. 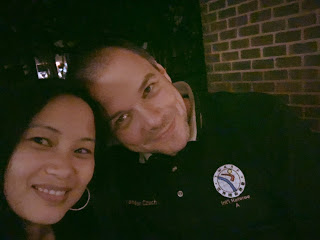 We slipped easily into conversation, and it was as though we had never lost touch, had never been separated by time and distance, and had never broken each other’s hearts.  I realized then how I had fallen in love with him eighteen years ago.  He is funny, smart, charming, well skilled at martial arts, and there is a level of comfort that I feel with him that I do not usually have with others.  Many people have asked me how I can be so friendly with him, an ex who had lied to me the entire time we were together, and who in essence had made me an unknowing mistress.
I suppose the answer is that I really do not know how.  All I know is that in many ways, I trust him.  I know that because he has already hurt me and has tried throughout the years to undo the hurt that he caused me, I feel as though I can trust him to not do it again.  Maybe this time, there are no stakes, and I can be friends with him freely, without expectation, and without hope for anything more.  Maybe what I feel for him is what true love really means, or maybe, what he and I had eighteen years ago was not really love, but just a friendship that had been taken to a place where it should never have gone.

2 thoughts on “From Lovers to Friends”