I think about her all the time. She is on my mind constantly. She is half-way around the world, but she is always in my thoughts. I try to picture her as she was, a young mother, in a foreign country, with no real emotional support system. My father was always working, and even when he was home, he was of the old school, machismo upbringing, and did not spend much time with us kids. She was the one who was with us always, from first light of day to the last moments before sleep. I often wonder how she learned to be such a good mother. After all, her own mother had died when she was still a baby, and she had no memories of her mother to guide her. She grew up with her father and stepmother, who was a very kind, loving woman, but who was so burdened with ten of her own children that she did not have time to dote upon my mother as she was growing up.

When we immigrated to the United States, my brother and I were still very young. My father worked very hard to support my family and so my mother was often alone when she cared for my brother and me. I try to imagine how life was for her, caring for two young children, in a new country, and with no friends or family to help her while my father was working. Now that I am about to become a mother myself, I think of her and wonder if she was ever scared or overwhelmed, and I wonder how she felt during those years while she raised us. Did she ever feel bitter about giving up her own career goals to be a stay-at-home mother, or did she cherish the time and quality of time that she spent with me and my brother and sister? Like some people were meant to be good doctors or good lawyers, was she just meant to be a good mother?

I only hope that I can be half of the mother that she is. 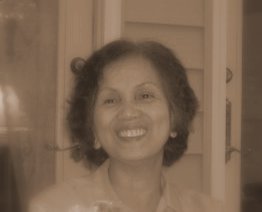